The Masters begins today at Augusta National, and our staff takes a look at the biggest stories entering the weekend. Whether they're draining bandwidth watching live coverage on their laptops or phones or practicing their putts in the hallways, the iHeartMeda sports team is all-in on golf season.

Come for The Masters analysis, stay for the Happy Gilmore references! 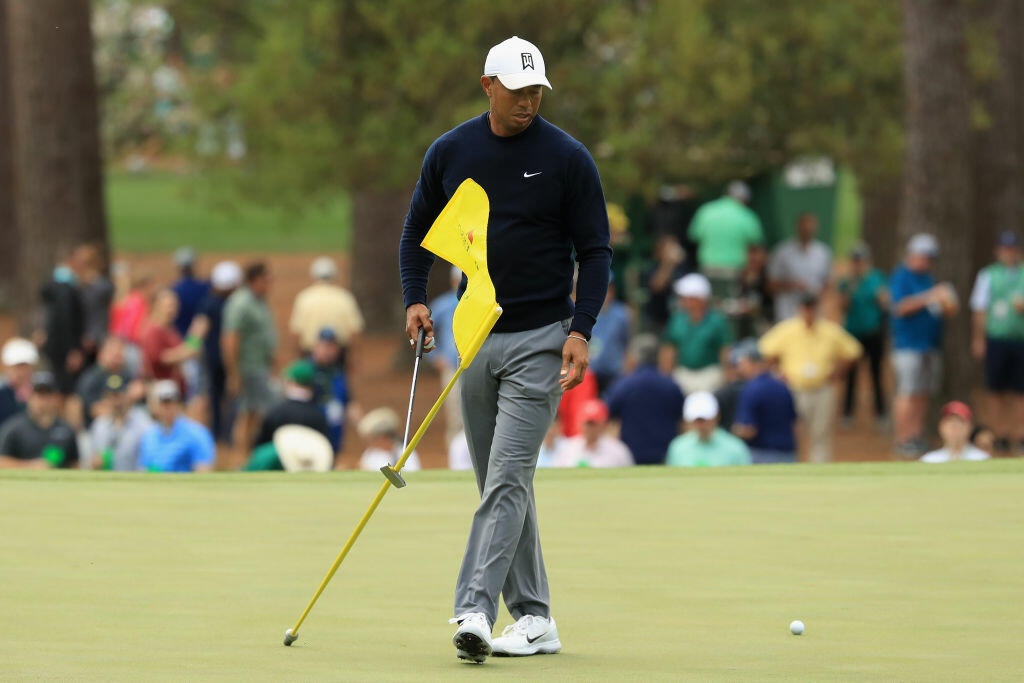 1. How would you feel if Tiger Woods won The Masters?

Brian Posick, Sports Director (Milwaukee/Madison): I think it would a fantastic story... maybe the greatest golfer of all time regains his form after overcoming surgeries, poor play and his own transgressions to win the Green Jacket for the first time since 2005.

Drew Olson, The Drew Olson Show: It wouldn’t have a huge impact on my daily life, but I think it would be cool. I root for great stories. That would be a great story. Just having him in contention on Sunday would be really cool. I know the haters don’t like that he hogs all the attention, but he’s more interesting than the sport’s next five stars – combined. The sport – and the sports world - is in a better place when Tiger is competing/winning. Period. Full stop.

Dave McCann, Badgers Executive Producer: A Tiger Woods win would be good for the sport of golf. It would also cap one hell of a comeback for him.

Armen Saryan, The Drew Olson Show: I can't really say I would feel much either way. I wouldn't be upset about it. Would it be very cool to see? Eh, he's won a lot before. It would be a story of course. But it wouldn't make me crying happy or anything. I tend to reserve that fandom for teams and not individuals.

Jon Arias, The Rundown/The Mike Heller Show: I've said this for a while now, but if Tiger wins this years Masters I think it's the biggest sports story in the last 30 years or so. To have an athlete as dominate as Tiger was go through a slump of 10 years without winning a major only to come back after all the off the course stories, the surgeries, etc and win another one would be epic!

Pete Knutson, Sports Director (Eau Claire): I would be ecstatic. Tiger is all the things I need to get excited about golf. He is walking controversy, and that is good for the game. Golf is such a difficult sport to find someone to root for because most of us have no connection to any of the players. At least in team sports you either live in or near the city of the team you root for or you went to the college you cheer for. With golf, you have to find reasons to pull for a player, and Tiger gave people a lot of reasons to root for him in the 2000s (young, boisterous, African-American playing a sport dominated by rich white men, the fist pumps, etc.) and I think he still gives people a lot of new reasons to root for him (redemption, recapturing the good old days, etc.).

Mike Sullivan, WBA Hall of Fame Broadcaster: Very good. He has battled through a lot (most of it his own making), but I respect the fact that he has re-invented himself.

Jimmie Kaska, Banned from Rolling Oaks GC in Barron: It's good for clicks, so I'll take any Tiger stories I can get on the sites.

2. Who do you think will win the Green Jacket?

Dave McCann, Badgers Executive Producer: It would be nice to see Tiger or Lefty. But right now I'm leaning toward Jordan Spieth (He's already won it once and this is his fourth Masters) I'd even throw Justin Thomas or Dustin Johnson in the mix.

Jon Arias, The Rundown/The Mike Heller Show: Jordan Spieth, Dustin Johnson or some wild card who we never talk about.

Drew Olson, The Drew Olson Show: If you gave me one of those classic “Tiger or ‘The Field?’” prop bets from a few years ago, I’d take the field. There are a handful of guys who could win it. The usual suspects – Rory, Spieth, Bubba, D.J., Tiger, Sergio – and some darkhorses like Tommy Fleetwood. I have no idea who is going to win, so I’ll go with Eldrick.

Pete Knutson, Sports Director (Eau Claire): I like an older player winning this year. I think you could have a leaderboard on Sunday full of names like Phil Mickelson, Bubba Watson, Tiger, & Dustin Johnson. I’m going to pick Dustin Johnson to win only so I don’t jinx Tiger.

Mike Sullivan, WBA Hall of Fame Broadcaster: The dude who shoots the lowest score! ...Okay, I’ll say Tiger just for the heck of it.

Jimmie Kaska, Banned From Rolling Oaks GC in Barron: Whatever color the jacket is, I'm pretty sure it won't be Tiger (or Shooter). I'd take anyone with a prior major victory though. Hard to be a first-time winner in such a crowded field of past champions.

Armen Saryan, The Drew Olson Show: Shooter McGavin, after Happy embarrassed him he has to be extremely motivated. 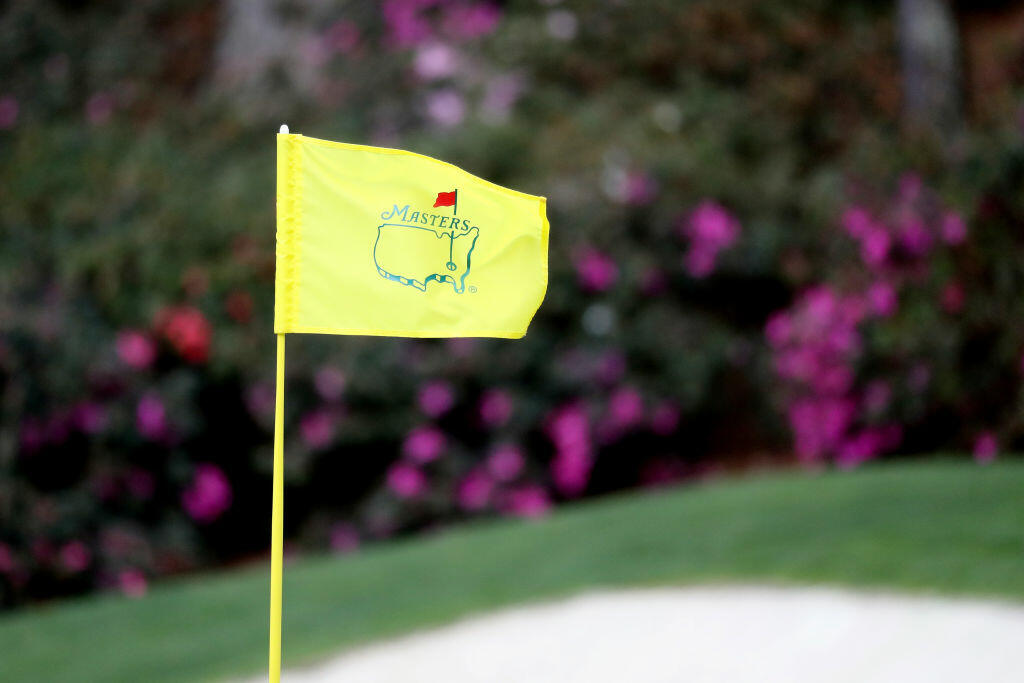 3. What's the best part about The Masters?

Drew Olson, The Drew Olson Show: Taking a nap on Sunday and waking up to see the final 5 holes. Well, that and just how awesome the course looks in HD when everything outside my living room has been brown and dead for almost six months.

Brian Posick, Sports Director: The final 9 holes watching players collapse under pressure or rise to the top. It's reality TV at its best.

Jimmie Kaska, Banned From Rolling Oaks GC in Barron: Some of the groups on the final couple of days are entertaining, especially higher on the leaderboard. Hard to run away with a win in The Masters, so watching your (very) close competitors up close has to be nerve-wracking.

Pete Knutson, Sports Director (Eau Claire): To name a few: very few commercials; The Masters theme song; the azaleas; Amen Corner. I think my most favorite thing each year though is the opening honorary tee time on Thursday when Jack Nicklaus and Gary Player will hit the first shots of the tournament. That’s something I will get up for early.

Dave McCann, Badgers Executive Producer: The history and the course. I like watching Amen Corner online.

Jon Arias, The Rundown/The Mike Heller Show: The green jacket, duh. That and being able to sit on my couch for fours on Sunday and watch the drama unfold.

Armen Saryan, The Drew Olson Show: The idea that the richest and elite most exclusive people are the only ones that can get in (mostly) but the Pimento Cheese sandwiches are still only like 3 dollars.

Brian Posick, Sports Director:  It's a toss-up....a hole-in-one on the par-3 4th hole at Hawk's Landing or winning a case of potatoes for six-putting a hole at the UWSP Hockey outing in 1991.

Dave McCann, Badgers Executive Producer: Volunteering for the American Family Insurance Championship has been a memorable experience. I was a scorer last year and had a chance to walk the course with Bob Tway, Steve Fleishman and Rod Spittle. That was a day I'll never forget.

Drew Olson, The Drew Olson Show: Covering a couple majors and playing a round with my Grandfather on his home course, who was 80 at the time and kicked my ass.

Pete Knutson, Sports Director (Eau Claire): I shot -1 for nine holes in a high school golf match once and I holed out from 70 yards away on the first fairway. That is my one shining golf moment. The more impressive part of that round was that I didn’t totally blow the round after starting so well.

Mike Sullivan, WBA Hall of Fame Broadcaster: Getting it through the clown’s mouth! No, actually, I ended a season a few years ago with an eagle-2 at Hillcrest.

Jon Arias, The Rundown/The Mike Heller Show: Winning the 2015 Madison Open. (That's a golf tournament I hold with like 6 guys from high school and college).

Armen Saryan, The Drew Olson Show: When the clubhead of my 5-iron broke off during a swing and went flying. But that's what happens when your clubs are from a garage sale.

Jimmie Kaska, Banned From Rolling Oaks GC in Barron: I have several, because I am terrible at golf, but I am banned from Rolling Oaks in Barron, Wisconsin for hitting a pickup truck, a house, and another competitor on the same hole during a high school tournament in 2002. (Statute of limitations is up now, right?)

5. Have you ever hit a golf ball like Happy Gilmore during competition?

Brian Posick, Sports Director: Competition is a loose term when I golf, but many times I've taken hacks like Happy and many times I've been in the woods looking for the lost ball. I'm much better finding my happy place when I putt like Happy.

Dave McCann, Badgers Executive Producer: I have and I've done it more than once. As for distance... not even close.

Pete Knutson, Sports Director (Eau Claire): If by competition you mean someone saying “I bet you $5 you can’t hit the fairway Happy Gilmore style on this hole” then yes.

Jimmie Kaska, Banned From Rolling Oaks GC in Barron: It isn't as easy as it looks, but definitely have tried to drive like Happy Gilmore because it's not like I could be any worse at golf.

Jon Arias, The Rundown/The Mike Heller Show: Just on the driving range... with not so great results.

Mike Sullivan, WBA Hall of Fame Broadcaster: No, but I’ve been tempted!

Drew Olson, The Drew Olson Show: Not even at the range! I don’t want to look like an idiot and hurt myself. I have my pride, you know.

Armen Saryan, The Drew Olson Show: I've never been able to do anything like Happy Gilmore, including getting the girl.