#7 Milwaukee meets #2 Boston in the first round of the NBA Playoffs. What are their chances to advance--and what comes next for the Bucks once their playoff run is over? We asked our personalities what they thought.

Mike Heller already made his prediction for the opening-round series on The Mike Heller Show:

As for the rest of our staff, we demanded their predictions for the playoff series, and what the Milwaukee Bucks will need to do this offseason to take the next step forward.

1. What is your prediction for the outcome of the Bucks-Celtics series to open the NBA Playoffs?

Mike Heller, The Mike Heller Show: I have three reasons for picking the Bucks to win in the series with Boston, and one reason to pick the Celtics. One is the injury to Kyrie Irving… simply the best player on Boston’s roster. The timing of the injury robs the Celtics of any real hope in the East. Two is the youth that the Celtics rely on for success… in other words, their best players have not done this before. Most importantly—number three. Giannis is an NBA “budding” superstar. Superstars carry teams in April and May. Giannis needs to take the next step—and carry this Bucks team to their first postseason series win since 2001. Oh… yes—I do have one reason to pick the Celtics. The Bucks aren’t good enough. That being said… I’ll take Giannis and the Bucks.

Spenser Williams, The Big 920 Reporter: I think most would pick the Celtics, but (not trying to be funny) I actually think the Bucks take this in six.

Pete Knutson, Sports Director (Eau Claire): Celtics in seven. I’m going to take the cop out and just say that home court will be the Bucks undoing.

Drew Olson, The Drew Olson Show: Even though they are decimated by injuries, I like the Celtics to win this in six games. They are playing with “house money,” in a sense. No expectation of success. The Bruins are in the playoffs. The Red Sox are fighting the Yankees. They can rise up behind Al Horford, some talented youngsters, and Greg Monroe, and win this series in five or six games.

Jimmie Kaska, Digital Doofus: I want to believe. Celtics in six. Brad Stevens will scheme circles around Joe Prunty. Giannis will drag the Bucks to at least one (if not a couple) of wins. The worst outcome from this is that the "Giannis isn't a superstar!" crowd will have some ammo for trolling for another year.

Armen Saryan, The Drew Olson Show: As much as I want to say #BucksIn6, I think the Celtics will win in 6 games.

Mitch Nelles, 'It's All Thunder!' Podcast: Celtics in five.

Jon Arias and Mike Pilch talk about the Bucks in the playoffs on The Rundown:

2. How far do you see the Bucks going in this year’s NBA Playoffs, if you have them advancing beyond the first round?

Spenser Williams, The Big 920 Reporter: I have [the Bucks] at least winning a series and making it to round two.

Mike Heller, The Mike Heller Show: If the Bucks win this opening round series, it’s one and done. 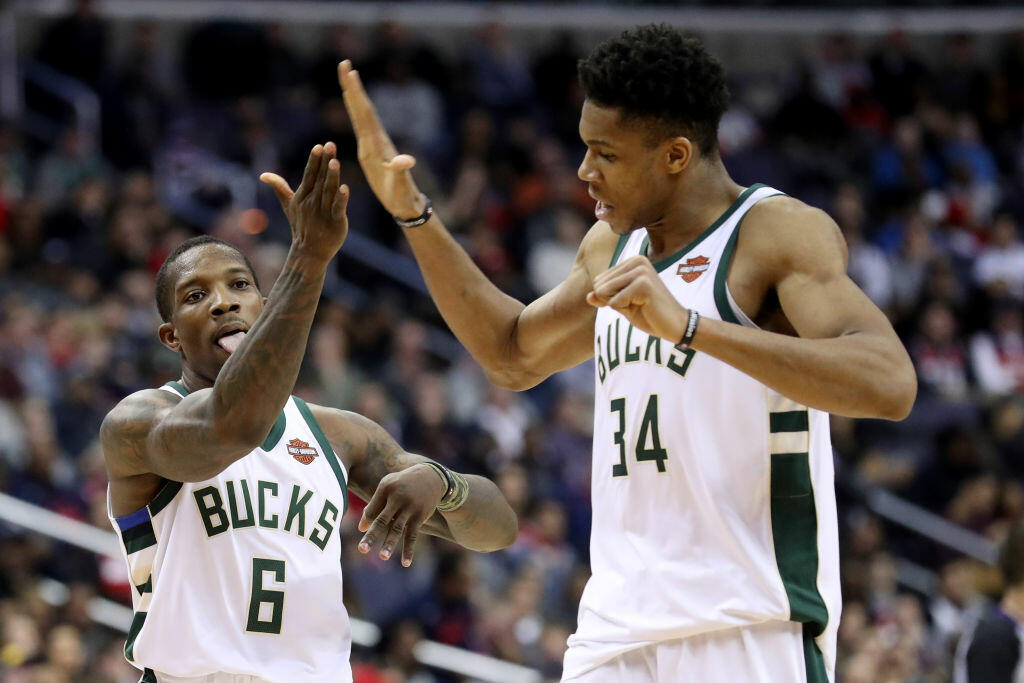 3. At what point of the NBA Playoffs that the Bucks advance to would you consider the 2017-18 season a success?

Drew Olson, The Drew Olson Show: If they can beat Boston and win two games in the second series, I’d call it a success. Well, it’d be a great recovery. Because I’m disappointed, generally, by the way the regular season played out.

Mitch Nelles, 'It's All Thunder!' Podcast: Getting to the second round and not getting swept. With that said, I have serious reservations about the current Bucks’ roster, so any loss in the playoffs will not make me change my thinking.

Pete Knutson, Sports Director (Eau Claire): I think if they win their first series it will be a success. Any time you go through a coaching change mid-season you’re not expecting a championship.

Armen Saryan, The Drew Olson Show:  If they won a series, it would be an unqualified success. It's been a long time and the fan base is hungry for that moment. It would show progress. A series win for sure would be a success.

Mike Heller, The Mike Heller Show: I would divide the Bucks 2017-18 into two parts. Part one, the regular season was and is a failure. Part two, the post-season, will be a success if the Bucks beat the Celtics in the opening round.

Jimmie Kaska, Digital Doofus: If they win a series, you'd have to consider it a success. They haven't done that in a long time. That's the mark that was established before the year (with some optimism that they could contend for the Eastern Conference finals in a down year for the East). 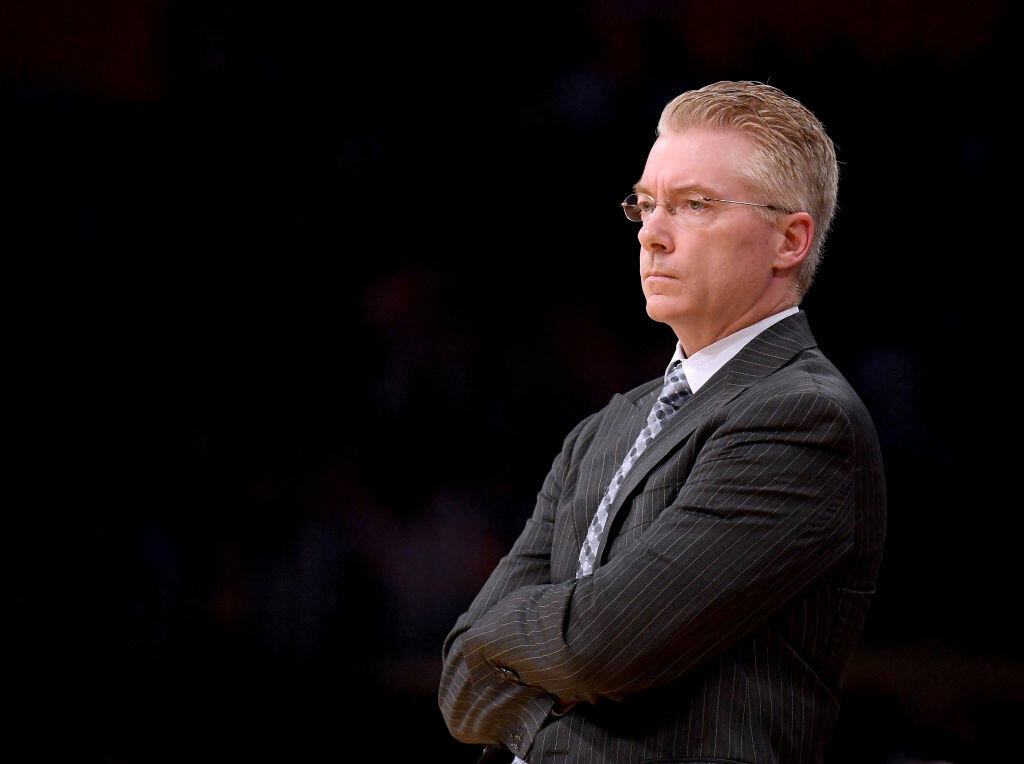 4. What direction would you prefer the Bucks to take in their coaching search?

Mike Heller, The Mike Heller Show: I have no doubt that the Bucks' ownership will make a splash in hiring the next new head coach. That may very well come from the college ranks… but the only thing that would surprise me with this ownership group, is if they did something that didn’t rattle the NBA coaching world.

Armen Saryan, The Drew Olson Show: I don't have a specific name, but I would like to see them get someone that understands conceptually defense and can get guys to buy in to that system.

Mitch Nelles, 'It's All Thunder!' Podcast: I want the Bucks to look at a defensive-minded coach. I think Jeff Van Gundy or Kevin McHale make sense. I do not want Pitino/Calipari. I am also intrigued by new, younger coaches who have NOT played in the league. Those guys annoy me.

Pete Knutson, Sports Director (Eau Claire): I’d go for a coach who has won an NBA Championship as a coach, not necessarily just a player. A high level college coach would be fine too (Pitino, Calipari, Self, Wright).

Brian Posick: Sports Director (Milwaukee/Madison): I think they need to open it up. I like Joe Prunty, and at times, the Bucks played better team basketball under his guidance but I believe they didn't reach their true potential.

Jimmie Kaska, Digital Doofus: I would prefer that they find someone established with experience working with young superstars, but there's no coach that's going to come in and turn this roster of spare parts plus Giannis into a title contender overnight. I am all in on bringing Doc Rivers to Milwaukee. Anyone other than that I'd have to think about some more.

Drew Olson, The Drew Olson Show: I want to see Doc Rivers or David Fizdale get a look. 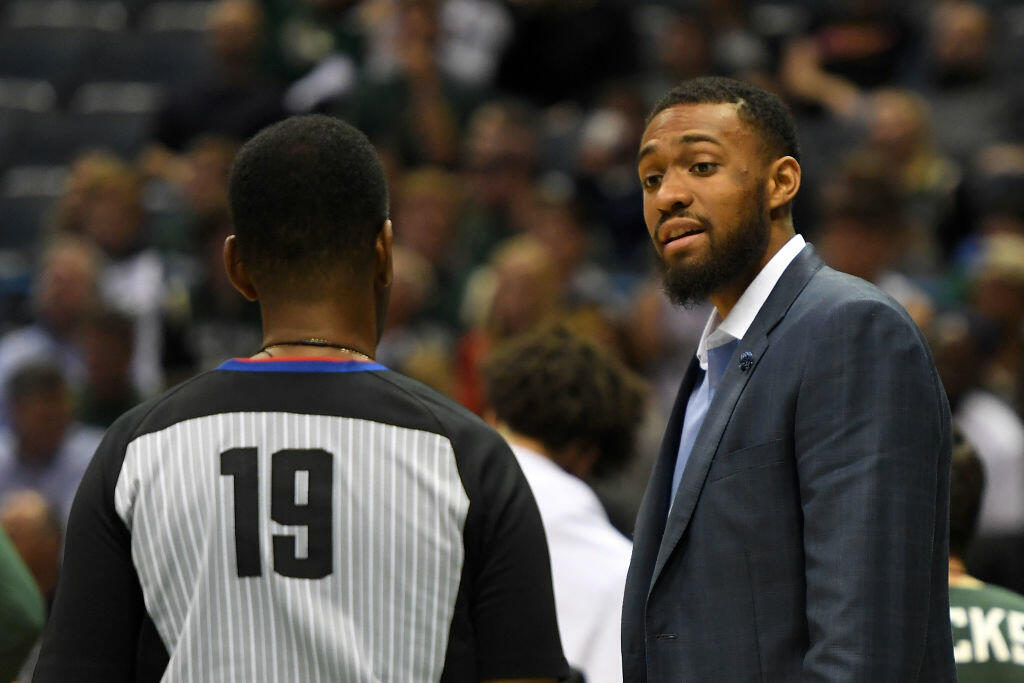 5. As far as personnel, what critical move do the Bucks need to make this offseason?

Drew Olson, The Drew Olson Show: First and foremost, they have to decide what to with Jabari Parker. That will shape the future of the franchise.

Mitch Nelles, 'It's All Thunder!' Podcast: Everything is critical this offseason. They have to figure out how best to build around Giannis. Bledsoe is not a fit. Middleton is not a fit. Jabari could be fit – I am not sure. They need some inside presence, at least defensively. This roster makes me sick.

Armen Saryan, The Drew Olson Show: The Bucks have a number of critical moves coming up. Finding the right coach is probably the most important. Then they have to figure out what to offer Jabari or what they would be willing to match if he got an offer sheet from another team. In my opinion, his value to the Bucks is very unclear right now. Finally, they need shooters, and an interior defensive presence.

Jimmie Kaska, Digital Doofus: Milwaukee's pretty locked into their current roster for another year, with no help coming from the NBA Draft. The most immediate concern on the roster is figuring out Jabari Parker's situation. Parker is going to make a lot of money. Will he be doing that in Milwaukee or somewhere else?

Chuck Garbedian, Garbedian On Golf Host: Figure out what they're going to do with Thon Maker and Jabari Parker. Key pieces to the puzzle going forward.

Mike Heller, The Mike Heller Show: Either through a trade or free agency, the Bucks need an impact big man, and a shooter. That’s all.

Brian Posick: Sports Director (Milwaukee/Madison): The Bucks need a rim protector/rebounder. They give up too many easy buckets and too often are out-rebounded by bigger, more physical teams.

Spenser Williams, The Big 920 Reporter: They really need a center, while also trying to improve the bench, but the issue is they do not have any money to play in free agency.

Pete Knutson, Sports Director (Eau Claire): The Bucks aren’t too far away, but if they could make a splash and get another all-star to the team, they would have a legit chance to be a top three or four team in the East next year.